Senior Center Battle of The Bands

Gave It Up For Lent

You Never Heard Me Play My Guitar

Meat On The Bone

I'm Allergic To My Job

Outside Of A Small  Circle

There's A Problem In 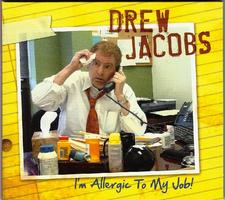 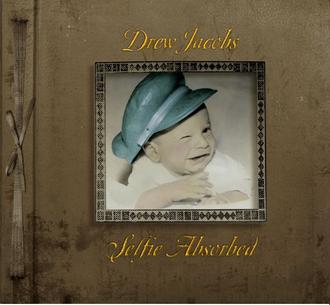 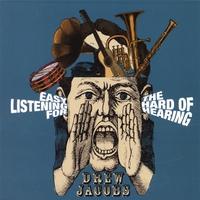 2001 saw Drew's first commercial success, when "Santa Claus is Coming To Rock You" aired on the nationally syndicated Dr. Demento Radio Show. Additional Dr. Demento Songs include "Rudolph's On Steroids, "Where Are All The Songs About Chanukah?
In 2007, Drew's first commercially available CD "Easy Listening For The Hard of Hearing," was released on Swingbatter Records. Six selections from the CD were in rotation on Sirius/XM Satellite Radio's Laugh USA and Raw Dog. Additionally, Drew's music has been heard on several commercial airlines, including Frontier, Jet Blue and Airtran.

May of 2011 saw the release of "I'm Allergic To My Job", Drew's first new CD in 4 years. The title track won 1st Prize in the 2010 USA Songwriters Competition Comedy/Novelty Category. Drew also covered a Phil Ochs song "Outside Of A Small Circle Of Friends", which features Lincoln Mayorga, Phil's original piano player, as well as a newly written verse by Drew. The CD was named "Top 10 Comedy CDs" by www.seriouscomedysite.com

May of 2017, the long awaited release of "Selfie Absorbed, featuring "There's An App for That" 2015 Open Category Winner of the Mid-Atlantic Song Contest.

Easy Listening For The Hard Of Hearing 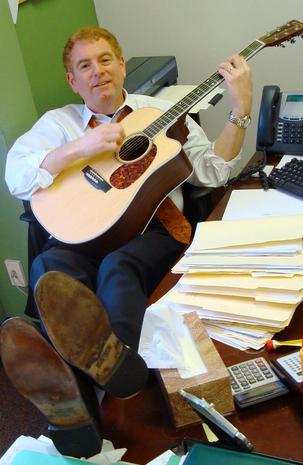 Your Body Is My Hobby

There's An App For That

You Ought To Throw Those Clubs Away

Fortune Cookie
Bonus Cuts:
Rudolph's On Steroids
Where Are All The Songs About Chanukah?

I'm Allergic To My Job!